An appeals court has upheld a $86.2 million verdict against Monsanto that cited the chemical giant's "conscious disregard for the safety of others."

The decision, which came recently in a 2-1 ruling from the First District Court of Appeal in San Francisco, confirmed damages awarded to a Livermore couple who developed cancer after spraying Roundup, the world's most widely used herbicide, in their yards for 30 years.

The verdict, according to a story by Bob Egelko in the San Francisco Chronicle, marked the third time an appeals court has upheld San Francisco Bay Area jury verdicts that Monsanto knowingly marketed a dangerous product. 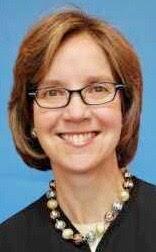 Egelko's story quotes Justice Marla Miller's statement from the majority opinion that the "evidence shows Monsanto's intransigent unwillingness to inform the public bout the carcinogenic dangers of a product it made abundantly available at hardware stores and garden sops across the country."

The dissenting justice, James Richman, "did not dispute Monsanto's responsibility for [the illnesses of Alva and Alberta Pilliod] but said the evidence did not show the company knew of the dangers," the Chronicle article reports.

In 2015, the International Agency for Research on Cancer, an arm of the World Health Organization, said glyphosate, Roundup's main ingredient, was a probable cause for cancer in human beings. Later, the U.S. Environmental Protection Agency demurred, preventing California, in the process, from requiring a warning label on containers of the weed-killer.

The appeals court ruled this week, however, that the jury was "entitled to believe" evidence "that Monsanto had failed to conduct proper studies for the EPA on the safety of the herbicide and that the company's scientists had 'ghost-written' reports in th names of purportedly independent researchers."

The ruling, the Chronicle piece notes, "comes less than two weeks after Monsanto's parent company, Bayer, announced that it would stop selling the current version of Roundup for home and garden use in U.S. stores, starting in 2023."

In addition, Bayer said it would replace glyphosate "with an unspecified active ingredient, subject to federal and state approval, while continuing to sell Roundup with glyphosate for farm use," Egelko writes.

More information on lawsuits against companies whose products cause disease can be found in "Rollercoaster: How a man can survive his partner's breast cancer," a VitalityPress book that I, Woody Weingarten, aimed at male caregivers.

Posted by VitalityPress at 12:05 PM