Fed task force changes its mind — for a change

Whether to get PSA prostate cancer screenings can still be guesswork, N.Y. Times warns


Should men between the ages of 55 and 70 get prostate cancer screening?

Depends on whom you're listening to, and when, I guess — especially if it's the federal government making the suggestions.

According to a story by Aaron E. Carroll  in The New York Times today, the U.S. Preventive Services Task Force "changed its recommendation…from a D (that is, don't do it) to a C (discuss it with your doctor)."

Five years ago, the piece indicated, "the task force gave prostate cancer screening a D recommendation because there are real harms from over-diagnosis of the disease."

The story went on to say that "over-diagnosis leads to unnecessary treatments, and a newly discovered cancer could lead to no symptoms or harm over the patient's lifetime."

It also said that — while "there appeared to be little evidence that screening with with prostrate-specific antigen blood test (PSA) reduced prostate cancer mortality" — "about 75 percent of all the men treated will have impotence, incontinence or both."

A 2014 study that was the largest randomized controlled trial to that date showed, however, "that offering men screening reduced their relative risk of dying of prostate cancer over 13 years by 21 percent."

Those figures are applicable for men between the ages of 55 and 70; after that age, the harms seem to definitely outweigh the benefits.

Carroll is a professor at Indiana University School of Medicine who blogs on health research and policy.

To learn more about research regarding prostate cancer and other diseases, check out "Rollercoaster: How a man can survive his partner's breast cancer," a VitalityPress book I, Woody Weingarten, aimed at male caregivers.
Posted by VitalityPress at 10:48 AM No comments:

Activist disputes truths of many scientists

Link between abortion, breast cancer debunked but Trump advisor may still believe it


A high-ranking Trump advisor may still accept as true a debunked connection between abortion and breast cancer.

According to a recent fact-checking article by Michelle Ye Hee Lee in The Washington Post, Charmaine Yoest, assistant secretary of Health and Human Services, is "a prominent opponent of abortion rights" who declined to give a yes-or-no answer to the question of whether she still believes it.

The Post story cites a 2012 feature story in The New York Times that described her position "supporting the discredited theory that abortion increases a woman's risk for breast cancer."

It also cites the conclusion of the National Cancer Institute, the American Cancer Society, the American Congress of Obstetricians and Gynecologists and others in the scientific community that the theory, which has been spread for decades, is false, and that although "abortion has not been scientifically proven to be a factor," there are "many risk factors for breast cancer, including: family history, the woman's age (older women face increased risks), how old she was at her first menstrual period (people who get their first periods earlier face a higher risk), how old she was when she delivered her first full-term pregnancy (women who have children later or who never have children face a higher risk), and obesity after menopause."

The Times piece specifically mentions an "analysis of 53 studies involving 83,000 women that found no link between abortion and a higher rate of cancer."

Yoest, herself a breast cancer survivor, has been a national anti-abortion activist (including a stint as president and chief exec of the anti-abortion group, Americans United for Life).

The discredited theory, according to the Post, "was widely promoted in the wake of the 1973 Roe v. Wade decision" and perpetuates the myth that "the development of breast tissues at certain periods of the pregnancy cycle leads to an increased chance of breast cancer [and that] if a woman ends her pregnancy in the second trimester, from about 20 to 32 weeks, she faces a greater risk."

The theory doesn't differentiate, by the way, between pregnancies ended via abortions, miscarriages or premature deliveries.

Other debunked theories about breast cancer risks are detailed in "Rollercoaster: How a man can survive his partner's breast cancer," a VitalityPress book that I, Woody Weingarten, aimed at male caregivers.
Posted by VitalityPress at 7:17 PM No comments: 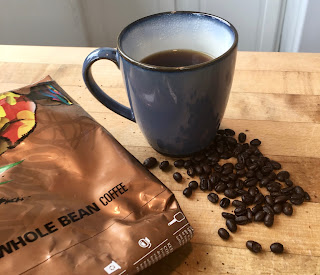 A new British analysis shows that people who drink more coffee, even decaffeinated, are less apt to develop liver cancer.

The analysis took into consideration 26 studies, according to a story in a recent Guardian.

For those who drank two cups a day, the risk of hepatocellular cancer (HCC), the most common form of primary liver cancer, dropped by 35 percent compared to those who drank no coffee, the article reported.

"Those who drank one cup a day had a 20 percent lower risk," it added, noting, too, that for those who drank five cups, "the risk was halved."

The research — published in the journal BMJ Open — was done by experts at the universities of Southampton and Edinburgh. It "examined data involving more than 2.25 million participants."

Results also showed that "the protective effect for decaf was 'smaller and less certain than for caffeinated coffee.'"

The analysis' lead author, Dr. Oliver Kennedy of the U. of Southampton, was quoted as saying that coffee "is widely believed to possess a range of health benefits [but] we're not suggesting that everyone should start drinking five cups of coffee a day...There needs to be more investigation into the potential harms of high coffee-caffeine intake, and there is evidence it should be avoided in certain groups such as pregnant women."

According to another article — in the Southern Daily Echo, also a British publication — "liver cancer is one of the leading causes of cancer death globally because of its poor prognosis and high frequency…it is estimated that, by 2030, the number of new cases annually will have risen by about 50 percent to more than 1.2 million."

Cancer risks clearly come from a variety of sources, and reductions can come from multiple actions. Details can be found in "Rollercoaster: How a man can survive his partner's breast cancer," a VitalityPress book that I, Woody Weingarten, aimed at male caregivers.
Posted by VitalityPress at 5:05 PM No comments:

Cancer screenings after 70 can do more harm than good, AARP magazine piece indicates


If you've hit 70 — when, according to my primary doc, "you've already won the game" — the need for some cancer screenings may vanish.

In fact, at least four of them might do more harm than good, indicates an article by Candy Sagon in a recent double edition of "AARP: The Magazine."

The unnecessary tests, the piece says, are colonoscopy, mammography, PSA and Pap smear.

In their place are recommended two other tests: bone density scan and abdominal aorta aneurysm screening.

The AARP magazine article charges that "a growing number of health experts [worry that] the overtesting of those who are in their 70s, 80s and even older…could lead to invasive procedures or treatments that leave patients worse off than before, especially among those with serious health problems such as heart disease."

Those fears may have been underscored by a 2014 study published in "JAMA Internal Medicine" that found — after looking at more than 27,00 adults age 65-plus — "too many physicians automatically recommend cancer screening tests for older patients whose precarious health puts them at high risk of dying within a decade."


The AARP article quotes Dr. Harlan Krumholz, a Yale cardiologist and researcher known to be an outspoken critic of overtesting, as saying, "On average, those over 75 derive fewer benefits than younger people do."

Women, the piece suggests, should be getting routine bone density scans "beginning at 65 (or earlier, depending on their risk factors)," while men 70 and older need that particular test "to check for osteoporosis."

Regarding the abdominal screening, the article says "men 65 to 75 who have been smoking anytime during their lifetimes should have a onetime ultrasound to screen for an abdominal aortic aneurysm (AAA)" — though the story hedges about whether the screening would benefit women who'd smoked.

As for the colonoscopies, it says a new Harvard study of "more than 1.3 million Medicare patients ages 70 to 79" found the risk of complications to be larger than the cancer risk. Obviously, however, "if you've had a polyp removed or have a family history of colon cancer, you risk is higher, and you should probably be screened. If not, you may be able to finally skip all that lovely laxative prep."

The AARP article cites the opinion of the U.S. Preventive Services Task Force when it comes to the mammograms. The USPSTF purportedly found "insufficient evidence" to conclude that mammography past 74 is necessary. It's likely, the agency indicated, that benefits of the screenings at that advanced age are limited.

Not a single medical group apparently recommends PSA screenings for prostate cancer beyond age 75 — even though 41 percent of men in that category still have the test (most often at the urging of their doctors).

If women have, after age 65, had no cancer or precancerous lesions, and have had three negative smears to check for cervical cancer in the previous 10 years, there's no need for one more smear. Unfortunately, the AARP story says at least one study indicates, "most women have become so accustomed to having an annual Pap smear that they have them even after undergoing a hysterectomy."

The benefits and burdens of screenings in general are addressed in "Rollercoaster: How a man can survive his partner's breast cancer," a VitalityPress book I, Woody Weingarten, aimed at male caregivers.
Posted by VitalityPress at 3:10 PM No comments: