A Missouri woman's years of mental anguish stemmed from a DNA testing mistake.

According to Maureen Boesen's online story in the HuffPost, she "made major decisions — like having a double mastectomy — based on a false positive. I was robbed of the chance to breastfeed my babies, and it broke my heart."

The Kansas City mother of three's recent guest article contends she "just couldn't get past the fact that my inaccurate test result meant I had been carrying around a devastatingly unnecessary burden for more than a decade."

Because she and her two sisters have an extensive family history of cancer (ovarian and breast), Boesen not only opted for the preventive bilateral mastectomy at age 23 but was planning to have a complete hysterectomy by the age of 35. A second DNA test, with its negative result, quashed that idea — especially after a third test also showed she didn't have the dangerous BRAC1 gene mutation that would mean a 75% lifetime risk of getting breast cancer and a 50% chance of contracting ovarian cancer.

What was surprising, Boesen reported, was that the new results "were even more shocking and overwhelming than finding out I was positive. I was feeling so many emotions — confusion, sadness, anger, anxiety, depression, relief — all at once."

More information about false positives, BRCA1 and BRCA2 mutations, and other prophylactic surgeries can be found in ˆRollercoaster: How a man can survive his partner's breast cancer," a VitalityPress book that I, Woody Weingarten, aimed at male caregivers.

Posted by VitalityPress at 10:00 AM No comments:

According to a story by Felicia Sonmez in The Washington Post today, the former 2020 Democrat presidential candidate said in a post on Medium, a platform for professionals, that she'd had a lumpectomy and radiation.

The 61-year-old Minnesota politician said she was told by her doctors last month that the treatments had gone well and that her "chances of developing cancer again are no greater than the average person."

Sonmez's article says Klobuchar "urged Americans not to put off routine health screenings, noting that 'doctors are seeing patients who are being treated for more serious conditions that could have been caught earlier.'"

She also noted that it is "easy to put off health screenings, just like I did. But I hope my experience is a reminder for everyone of the value of routine health checkups, exams, and follow-through. I am so fortunate to have caught the cancer at an early enough stage and to not need chemotherapy or other extensive treatments, which unfortunately is not the case for so many others."

The senator thanked her physicians, family and friends for their support during her surgery and radiation treatment, which she observed had coincided with the illness and death of her father, a Minneapolis journalist.

"Their support allowed me to continue my work with my colleagues on major pandemic and economic legislation," the story quotes her as saying, "as well as chairing the joint Senate Jan. 6 investigation and the For the People hearings while undergoing cancer treatment."

According to a story by Quint Forgey on today's Politico website, the three-term senior senator also admitted that "this has been scary at times, since cancer is the word all of us fear." Each day, she said, "is a gift."

Further information on early detection can be found in "Rollercoaster: How a man can survive his partner's breast cancer," a VitalityPress book that I, Woody Weingarten, aimed at male caregivers.

Posted by VitalityPress at 10:00 AM No comments:

The tumor was at the base of his tongue and originally "too big to operate" on.

An online story by Cole Delbyck in yesterday's Huffpost maintains that the 60-year-old Tucci had undergone intensive treatments for approximately half a year — including chemotherapy and high-dose radiation that apparently killed the malignancy and made it unlikely that it could return.

Delbyck's story indicates that Tucci feels "much older than I did before I was sick. But you still want to get ahead and get things done.”

The actor's disclosure, which appeared in Vera magazine last week, indicates that cancer "makes you more afraid and less afraid at the same time.”

Tucci's now the star of his eponymous CNN food-and-travel series, "Stanley Tucci: Searching for Italy," after having honed his culinary skills and developed a following. The show, which earned multiple Emmy Award nominations, has been renewed for a second season.

Tucci's first wife, Kate Spath-Tucci, died of breast cancer in 2009 at age 47. Afterwards, he vowed that he'd never go through chemo and radiation because watching "her go through those treatments for years was horrible," he told Delbyck.

Clearly, he changed his mind.

The Huffpost article points out that he had also been "particularly concerned with how his diagnosis would affect his five children.” The actor has three children from his first marriage and shares a son and daughter with his current wife, Felicity Blunt, sister of his 'Devil Wears Prada' co-star Emily Blunt.

Delbyck's piece quotes the actor as saying that the "kids were great, but it was hard for them. I had a feeding tube for six months. I could barely make it to the twins' high school graduation."

Earlier this year, the article notes, Tucci spoke in an "CBS Sunday Morning" interview about his late wife and noted that "you never stop grieving. It's still hard. And it will always be hard [but she] would never want any of us to ever wallow intuit grief and let it take over our lives. She would never want that. She wasn't like that."

Tucci in recent years has appeared in three films, including the gay romance, "Supernova," in which he co-starred with Colin Firth as a man battling early onset dementia.

Additional information about diseases and their treatments can be found in “Rollercoaster: How a man can survive his partner’s breast cancer,” a book I, Woody Weingarten, aimed at male caregivers.

Posted by VitalityPress at 11:54 AM No comments:

Hundreds of women, men pose topless to show bodies are beautiful even with mastectomy scars

Hundreds of Delaware women, and men, have been posing topless — to make a point about why bodies are still beautiful even after mastectomies. 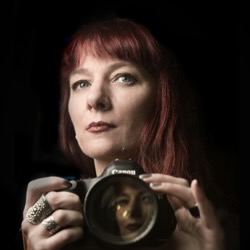 Members of the Grace Project, a photo shoot by Charise Isis, say their message is body-acceptance even when it's scarred and "may look flawed to the conventional eye."

According to a recent story by Yusra Asif in the Delaware News Journal, the shoots have been "aimed to capture the courage, beauty and grace of the breast-cancer patients."

Their theme, the story says, "was inspired by Hellenistic goddess sculptures such as Venus de Milo, a broken relic that has survived the trauma of history and yet is celebrated for its beauty."

Asif's article quotes Isis as declaring that "the people I photograph trust me with their greatest vulnerability, the scars that have been written all over their body, a map of their survival…I get to witness such profound beauty and transformation."

The story also says the project aims at creating awareness of the cancer itself, "especially among underrepresented communities, and the importance of self-examination to detect the disease at an early stage."

One of the men who participated in the shoot, Stephen Sala, a member of the Male Breast Cancer Coalition, told Asif that he'd "do anything to help men understand and get rid of the stigma that it's a woman's disease. We have a slogan that men have breasts, too."

The piece explains that while men "are less likely to get breast cancer, they tend to get diagnosed with more aggressive types and their mortality rate is higher."

Isis' aim is to ultimately take 800 portraits — "the approximate number of new breast-cancer cases in the Unites States every day." She's already done 450. She plans to exhibit them fully once she's reach her goal. For now, she's exhibiting a handful at galleries, museums, hospitals and cancer centers throughout the country.

More information on mastectomy is available in "Rollercoaster: How a man can survive his partner's breast cancer," a book that I, Woody Weingarten, aimed at male caregivers.

Posted by VitalityPress at 7:41 AM No comments: