Frequent heartburn, acid reflux could lead to esophageal cancer, which is rapidly on the rise

Increased incidences of acid reflux may be linked to a spike in esophageal cancer.

At least that's the conclusion of a story by Stephen Perrine in an old AARP Bulletin I just unearthed from a storage box in my laundry room closet stuffed between two sheets of paper with other medical advice that I neglected to heed.

Many people "don't realize that common heartburn symptoms can both lead to and mask something more serious," reads the story and a caption accompanying the article. 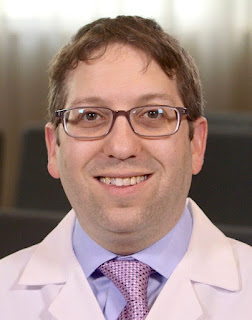 "Esophageal adenocarcinoma — cancer of the lining of the soft tube that delivers food and drink from the mouth to the stomach," Perrine's piece says, "has increased sevenfold since the early 1970s," quoting Dr. Paul Oberstein, director of the gastrointestinal oncology program at New York University Langone's Perlmutter Cancer Center in Manhattan.

The cancer's increase "has paralleled the rise of gastroesophageal reflux disease (GERD), the medical name for when you have bouts of acid reflux two or more times per week."

According to David Odell, lead investigator on a study of esophageal cancer funded by the American Cancer Society, thoracic surgeon at Northwestern Memorial Hospital and assistant professor at Northwestern University Feinberg School of Medicine, "it's one of the fastest-growing issues we have in the population," the AARP story reports.

Chronic heartburn, it says, "can sometimes lead to a disorder called Barrett's esophagus, in which the cells of the esophagus…being to change into glandular cells like those of the stomach." Five percent of GERD patients "will develop Barrett's, and 10 percent of those will go on to develop cancer."

The story also notes that one in every five Americans experience heartburn or acid reflux on a weekly basis, with 40 percent dealing with it at least once a month.

Estimates by the American Cancer Society are that roughly 16,000 Americans die of esophageal cancer annually. Approximately four times as many men get the disease as women, with 85 percent of the cancers being found in people 55 or older.

The main causes of GERD are obesity, a tendency toward large meals, and a high-stress lifestyle, Perrine's story indicates.

More information on links between drugs and other treatments to additional disease is available in "Rollercoaster: How a man can survive his partner's breast cancer," a VitalityPress book that I, Woody Weingarten, aimed at male caregivers.

Posted by VitalityPress at 10:38 AM