According to a story by Bob Egelko in the San Francisco Chronicle two days ago,  U.S. District Judge Vince Chhabria indicates the plan by the giant agribusiness, intended "to fend off suits by cancer victims" who sprayed the company's herbicide on their crops, offered little to users who might be diagnosed with cancer in the future.

"More than 100,000 people nationwide who suffer from non-Hodgkin's lymphoma and other cancers," the story notes, "have already sued Monsanto and its parent company, Bayer AG."

Bayer has offered nearly $10 billion to settle those pending lawsuits, resolving almost 70 percent of them. But yesterday's ruling was about an additional $2 billion for those who have yet to go to court.

Three San Francisco juries, including one in which Chhabria presided, have awarded tens of millions of damages to cancer victims of the world's most widely used weed-killer. Those verdicts were undoubtedly based in part on a 2015 statement by the International Association for Research on Cancer, a World Health Organization arm, that glyphosate is a probable cause of cancer in human beings. 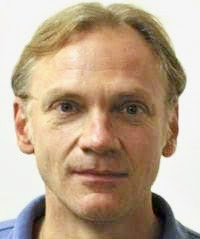 Bill Freese, science director of the nonprofit Center for Food Safety, was quoted in the Chronicle article as saying that the settlement would have left many users "high and dry in order to limit Bayer/Monsanto's liability for their carcinogenic herbicide."

The rejected proposal included the limitations that victims already diagnosed with cancer would accept payments no more than $200,000 each and that they could seek compensation for personal harm but not punitive damages, despite the latter being the largest part of previous jury verdicts.

Those not yet diagnosed would have been able to seek four years of company-funded medical monitoring and receive payments from the $2 billion fund if they subsequently got cancer; Chhabria, however, maintained that the proposed compensation fund might run out of money by the time they were diagnosed.

After the ruling, Bayer said it would reevaluate "the future of glyphosate-based products in the U.S. residential market," according to the Chronicle piece.

Monsanto and Bayer have long contended that the U.S. Environmental Protection Agency found Roundup safe and said it could be sold without warning labels.

Details on other litigation over disease-producing agents can be found in "Rollercoaster: How a man can survive his partner's breast cancer," a VitalityPress book that I, Woody Weingarten, aimed at male caregivers.

Posted by VitalityPress at 4:28 PM