Julia Louis-Dreyfus, the Emmy-winning star of "Veep" and "Seinfeld," has borrowed pop sensation Katy Perry's lyrics from the 2013 hit "Roar" to update fans about her breast cancer treatments.

Louis-Dreyfus, who'd announced in September that she'd been diagnosed with the disease, had used her condition to call for universal health care in the United States.

Now, giving credit to Perry and "Veep" co-stars Timothy Simons and Tony Hale "for their hilarious and loving inspiration," she used Instagram to spread the news — comically — that she'd finished her second round of chemotherapy and is ready to continue her battle. 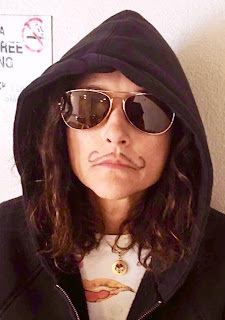 Her posting included a photo of her wearing a black hoodie, sunglasses and a hand-drawn mustache, and she wrote, "'I've got the eye of the tiger. The Fighter dancing through the fire cuz I am a champion and you're going to hear me ROAR."

Her initial announcement had asserted that "1 in 8 women get breast cancer. Today, I'm the one," then cited a support system led by her family and friends and noted that she had "fantastic insurance through my union."

The 56-year-old star's declaration came a day after this year's Emmy award ceremony in which she won her sixth consecutive statue, setting the record for the most victories for a performance by the same actress in the same series.

The five-year survival rate for breast cancer is now 90 percent, according to the American Cancer Society.

More information about cancer treatments can be found in "Rollercoaster: How a man can survive his partner's breast cancer," a VitalityPress book I, Woody Weingarten, aimed at male caregivers.

Posted by VitalityPress at 10:50 AM